We are experienced automation and controls professionals who are passionate about optimizing industrial control systems while saving resources: water, energy, money, and people. We are dedicated engineers, scientists, and technical experts. We are pioneers in the emerging space between operational technology, information technology, and the connected world. 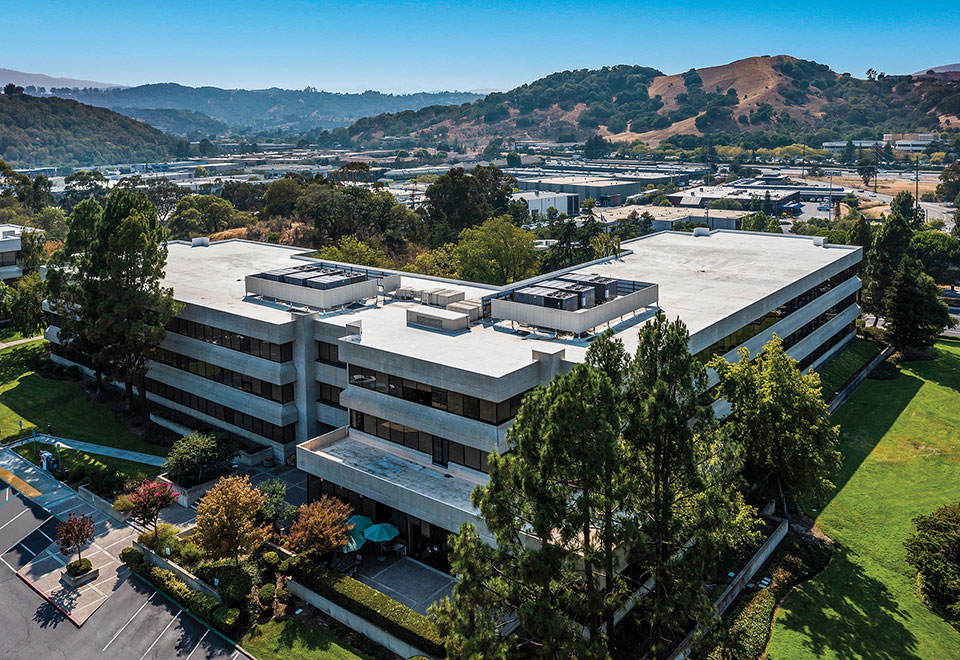 To deliver innovative industrial control solutions that optimize performance and manage resources responsibly in a world that demands secure access.

To be the preeminent provider of cloud-based automated process controls that make the connected industrial world a reality.

Our customers provide critical services – we strive to provide them the highest quality products and services in support of their communities.

We strive to bring excellence in all we do.

We act with integrity in all situations.

We bring a triple-bottom line approach to all we do. 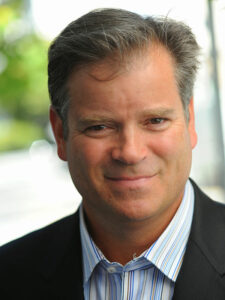 John Taylor is an experienced CEO, Executive Chairman, and Board Member who has built, advised and raised capital for technology companies focused on business software, digital media, live events, and payments.  John specializes in emerging growth companies poised to scale their operations and business and maximize overall value. He has secured multiple rounds of investment capital from venture firms and strategic investors and overseen mergers and acquisitions on both sides of the transaction.

John was the co-founder and CEO of Jatter, a payments and messaging company, and served as the Executive Chairman of Vendini, a leading online ticketing company that generated over $2 Billion in ticket sales that was acquired by AudienceView. As CEO of Ecast, John built the largest interactive, place-based media network in the U.S. with more than 10,000 connected, dynamically ad-served media devices in public venues.  John also held executive leadership positions at Macromedia (acquired by Adobe), Quokka Sports, DimensionX (acquired by Microsoft), Sun Microsystems (acquired by Oracle) and NCR Corporation. John earned his Bachelor’s degree in Applied Economics from Cornell University. 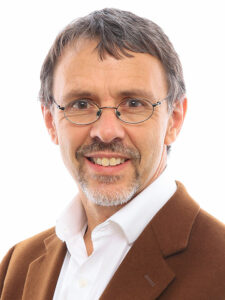 Mauritz Botha co-founded XiO with Paul Sagues with a vision of bringing together operational technology and information technology and their application in industrial control systems into the connected world. Over the past 30 years, Mauritz has developed large-scale, highly secure industrial controls for multi-national companies. He co-founded numerous technology businesses, including Lontech and Sperolon, where he was the architect for intelligent residential demand-side systems and environmental sensing systems used in the mining industry. As co-founder and CTO of IMSI-Design, he established TurboCAD products as the dominant CAD application in the U.S. Mauritz holds a Bachelor of Science in Electronic Engineering from University of Stellenbosch, Hons. Bachelor of Computer Engineering from the University of Pretoria and a Masters of Electrical Engineering (cum laude) from the University of Potchesfstroom. He holds a patent on a machine vision system for industrial control and a number of patents pending associated with his work at XiO. 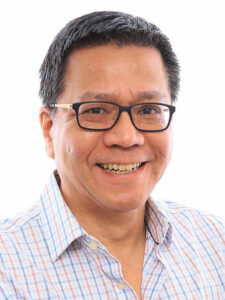 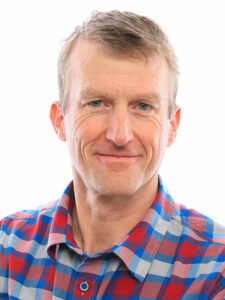 As Vice President of Product Development, Mark Puckett is responsible for translating customer needs and desires into XiO’s product offerings. Mark is responsible for the design and implementation of the XiO User Interface, the web-based portal where users interact with their control systems in a dynamic manner. He has a passion for designing systems that solve customer needs, are user-friendly, and adaptable. Mark has over a decade of experience as both a product and project manager for water technology companies, specifically the commercial, municipal, and agricultural irrigation technology business. Mark earned a Bachelor of Arts from Harvard University. 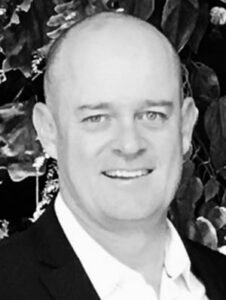 As Vice President of Operations at XiO, Bryan is responsible for developing integration between operations, accounting and finance, sales, and production, in order to drive superior business performance. Bryan is experienced working in a wide range of companies, from start-ups to big four consulting firms. In his previous role, he helped foster 10X revenue growth, resulting in an acquisition by a publicly held company. He holds a Bachelor in Economics from NMU in South Africa. 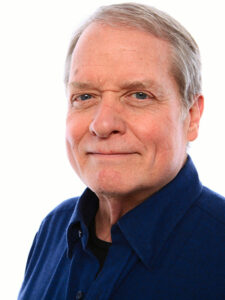 Jim Chiddix is a 39-year veteran of the cable television and technology industries. He is also on the boards of ARRIS Group, Inc., a communications equipment company; Virgin Media Inc., a cable TV, broadband and fixed and wireless service provider in the United Kingdom; Dycom Industries, Inc., a provider of construction and engineering services to the telecom and cable industries, and Symmetricom, Inc., a precision timing equipment company.

Jim was CEO and Chairman at OpenTV Corp., a developer of cable and satellite set-top box software, between March 2004 and March 2007, and remained on its board through November 2009. Prior to OpenTV, he was President of Time Warner Inc.’s Interactive Television Division, developing server-based DVR services, and for the 15 preceding years was Chief Technology Officer at Time Warner Cable overseeing R&D, engineering and construction activities. He and his team pioneered the use of optical fiber technologies in cable TV systems, a transforming change that enabled two-way and streaming services, including video-on-demand and high-speed Internet access through cable modems. Early in his career, Jim co-founded CRC Electronics, a start-up that manufactured videotape automation systems for program origination, time-shifting, and commercial insertion. That company was sold to Texscan in 1982; its technology dominated the market for tape-based local ad insertion for US cable companies until the advent of server-based solutions in the late nineties. Jim’s interest in electronics and technology began with amateur radio and continued at Cornell University, where he studied electrical engineering. During his military service, he attended and then taught at the U.S. Army Air Defense Command School at Fort Bliss, Texas. Jim was inducted into the Cable Television Pioneers in 1991 and the Cable Hall of Fame in 2007. 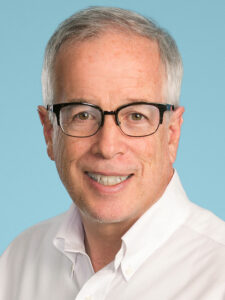 Jorge A. del Calvo is a partner at Pillsbury Winthrop Shaw Pittman. He represents public and private technology companies in mergers and acquisitions, public offerings, private placements, and joint ventures, investment banks in equity, debt, and other transactions, and venture and private equity funds in their formation and investments. His clients range in size from unfunded start-ups to Fortune 500 companies.

As one of the most prolific and experienced IPO attorneys in the country, he has consistently ranked as one of the top attorneys in the country in representing issuers in completed technology IPOs. He has also broken ground for new industries in the public market, having represented the “First Internet IPO” (Netcom On-Line Communications Service, Inc.), and the “First Solar IPO” (SunPower Corporation) in their Initial Public Offerings. Fifteen of the companies he has represented achieved market valuations in excess of $1B.

Jorge is a Coordinating Editor of the Venture Capital and Public Offering Negotiation, a two-volume treatise for lawyers. He has also been a Visiting Lecturer at Stanford Law School where he has taught several corporate law courses and was a panelist on several Continuing Education for the Bar (CEB) courses. He is a charter member of the Silicon Valley chapter of The Indus Entrepreneurs (TiE), Asian American Multicultural Association (AAMA), and HispanicNet. He has been a speaker at various conferences sponsored by TiE, AAMA, HispanicNet, and other industry organizations.

He has previously served on the boards of Berkeley Process Control, Inc., Columb, Inc., Riverstone Networks (RSTN), Procket Networks, Deepa Textiles, Xambala, the Vinters Alliance LLP, and New Path, LLC. He also served on the Board of several non-profit entities, including Job Train Inc. and the Center for Vietnamese Refugee Resettlement. He is also a member of the Equity Capital Foundation Task Force, a group of professionals from America’s Startup and small-capitalization ecosystem that was founded in June 2013, in part, to develop recommendations for policymakers to help companies gain greater access to capital. 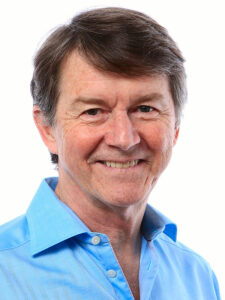 Paul Sagues co-founded XiO with the vision of bringing together robust engineering with the latest instrumentation and controls technologies in order to produce dramatic savings in energy and water. Paul is a visionary and a pioneer in the intersection of operational technology and information technology. Paul is a serial entrepreneur, co-founding Berkeley Process Control, a high precision motion and machine control business that generated over $250 million in sales. Paul is also co-author of the textbook Microprocessors For Measurement And Control (Osborne/McGraw-Hill) with Professor David M. Auslander of the University of California, Berkeley. Mr. Sagues has over one hundred patents in the field of microprocessor-based control systems. He received a Bachelor of Science degree in Biology from Stanford University and a Master of Science in Mechanical Engineering from the University of California, Berkeley. 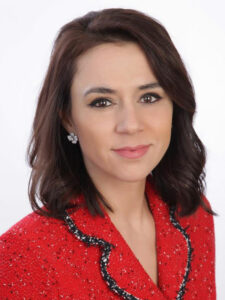 Maria is the Chief Executive Officer and Founder of Ardinall Investment Management, an investment firm focused on energy infrastructure that she started in 2017.

Prior to Ardinall Investment Management, Maria spent 15 years at Goldman Sachs, where she most recently served as a Portfolio Manager and Managing Director in the Goldman Sachs Investment Partners (GSIP) Group.

She currently serves as a director on the board of Macquarie Infrastructure Corporation (NYSE: MIC), on the board of CDPQ (one of Canada’s largest pension plans), and on the advisory board of Eni Next (Eni SpA’s corporate venture arm).

She also sits on the advisory board of the Center on Global Energy Policy at Columbia University and serves as co-chair of their Women in Energy program.

Additionally, Maria is a member of the MIT Corporation’s Development Committee and sits on the MIT Economics Department’s Visiting Committee.

Maria also serves as a member of the New York State Secure Choice Savings Program Board. Her current and past non-profit board memberships include New America Alliance, Breakthrough New York, and Girls Inc. of NYC. She is a member of the Economic Club of New York and a member of the Milken Institute’s Young Leaders Circle.

Maria has held her CFA since 2004 and holds a dual degree in economics and management science from the Massachusetts Institute of Technology.

She resides in New York City with her husband and three children.

Learn About Our Technology

Explore our software overview to see how XiO’s cloud SCADA systems can benefit your bottom line.

Software Overview
Menu
This website uses cookies that help the website function and provide you with improved and customized user-experience. If you continue to the use of the website, we assume that you are okay with it. Read More
Got It
Manage consent

This website uses cookies to improve your experience while you navigate through the website. Out of these, the cookies that are categorized as necessary are stored on your browser as they are essential for the working of basic functionalities of the website. We also use third-party cookies that help us analyze and understand how you use this website. These cookies will be stored in your browser only with your consent. You also have the option to opt-out of these cookies. But opting out of some of these cookies may affect your browsing experience.
Necessary Always Enabled
Necessary cookies are absolutely essential for the website to function properly. These cookies ensure basic functionalities and security features of the website, anonymously.
Functional
Functional cookies help to perform certain functionalities like sharing the content of the website on social media platforms, collect feedbacks, and other third-party features.
Performance
Performance cookies are used to understand and analyze the key performance indexes of the website which helps in delivering a better user experience for the visitors.
Analytics
Analytical cookies are used to understand how visitors interact with the website. These cookies help provide information on metrics the number of visitors, bounce rate, traffic source, etc.
Advertisement
Advertisement cookies are used to provide visitors with relevant ads and marketing campaigns. These cookies track visitors across websites and collect information to provide customized ads.
Others
Other uncategorized cookies are those that are being analyzed and have not been classified into a category as yet.
SAVE & ACCEPT