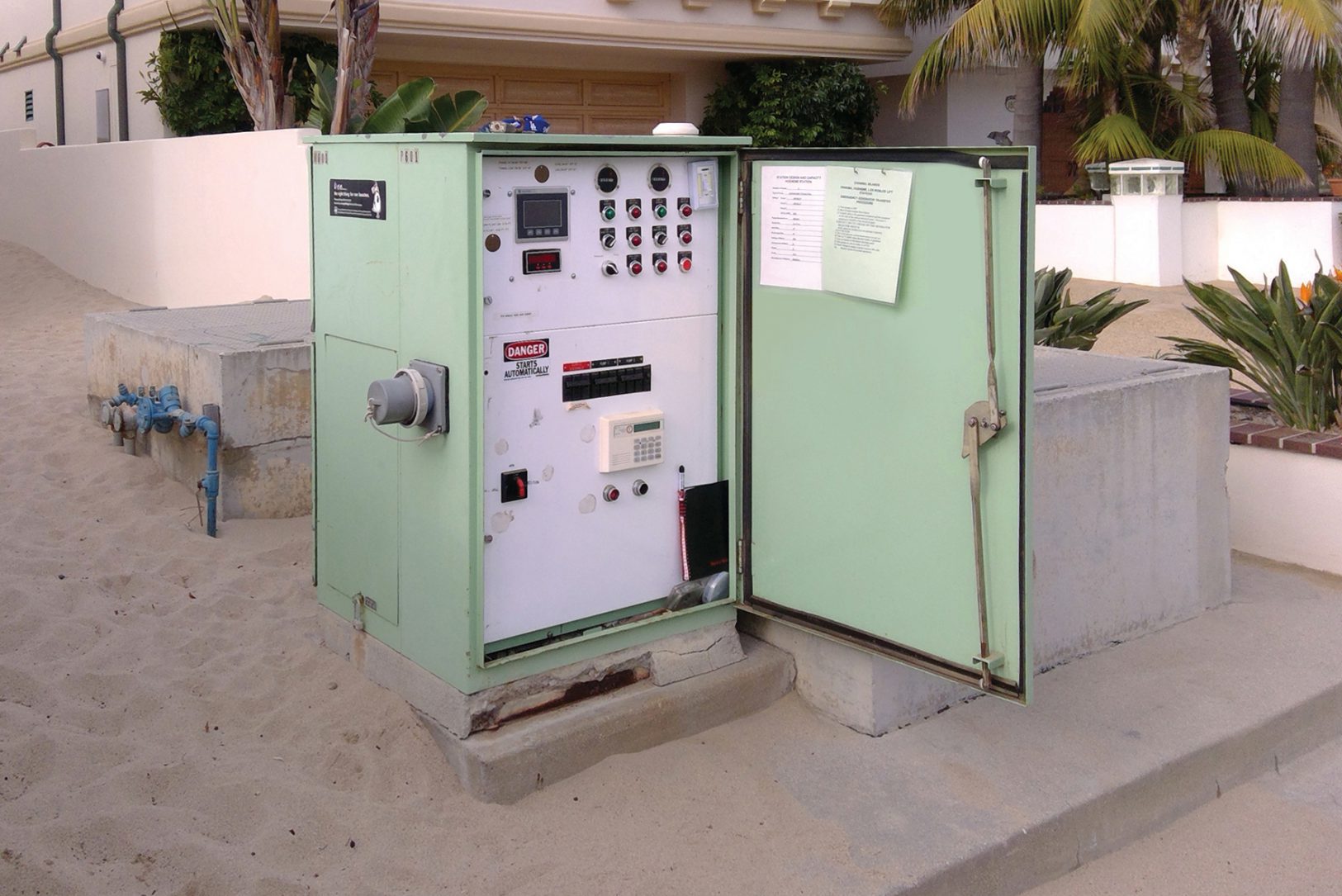 With XiO, we can trust our alarms. We have confidence the system will give us an accurate alarm in time for us to take action. Better yet, XiO gives us insight to know what is going on in our system. That way we can get ahead of problems.

The community services district collects wastewater from seven lift stations surrounding a densely populated harbor and pumps it to a nearby city for treatment. Aging infrastructure, increased stormwater run off, and limited staff make it difficult to meet the increasingly stringent regulations surrounding wastewater collection. The District’s SCADA system was over 20 years old and involved a processor that alerted a third-party service which, in turn, called the operator on duty by phone to report an alarm. The system was not capable of remote monitoring or control. Over the years, false alarm frequency increased significantly, causing overtime costs to rise and impacting the small operations staff.

The district pursued a multi-pronged approach to upgrade their SCADA technology, that included installing ultrasonic level sensors on numerous manhole covers to monitor flows and installing XiO Lift Station Control Systems at their lift stations. Once the systems were up-and-running, district staff were able to view numerous parameters via XiO’s private web-based user portal, such as: wet well levels and volume pumped per wet well and total system. The system allowed operators to receive alarms on their cell phones and to see enough relevant data to determine if a pump was ragged up or not, as well as turn pumps on and off remotely. Since upgrading to the XiO Lift Station Control System, the district has been able to measure the impacts of infiltration and inflow (I&I) on their system, while reducing overtime call outs by 75%, thanks to verifiable alarms.

Let XiO show you the future of SCADA. Contact us today to request a free demo of our software.

Request A Demo
This website uses cookies that help the website function and provide you with improved and customized user-experience. If you continue to the use of the website, we assume that you are okay with it. Read More
Got It
Manage consent

This website uses cookies to improve your experience while you navigate through the website. Out of these, the cookies that are categorized as necessary are stored on your browser as they are essential for the working of basic functionalities of the website. We also use third-party cookies that help us analyze and understand how you use this website. These cookies will be stored in your browser only with your consent. You also have the option to opt-out of these cookies. But opting out of some of these cookies may affect your browsing experience.
Necessary Always Enabled
Necessary cookies are absolutely essential for the website to function properly. These cookies ensure basic functionalities and security features of the website, anonymously.
Functional
Functional cookies help to perform certain functionalities like sharing the content of the website on social media platforms, collect feedbacks, and other third-party features.
Performance
Performance cookies are used to understand and analyze the key performance indexes of the website which helps in delivering a better user experience for the visitors.
Analytics
Analytical cookies are used to understand how visitors interact with the website. These cookies help provide information on metrics the number of visitors, bounce rate, traffic source, etc.
Advertisement
Advertisement cookies are used to provide visitors with relevant ads and marketing campaigns. These cookies track visitors across websites and collect information to provide customized ads.
Others
Other uncategorized cookies are those that are being analyzed and have not been classified into a category as yet.
SAVE & ACCEPT